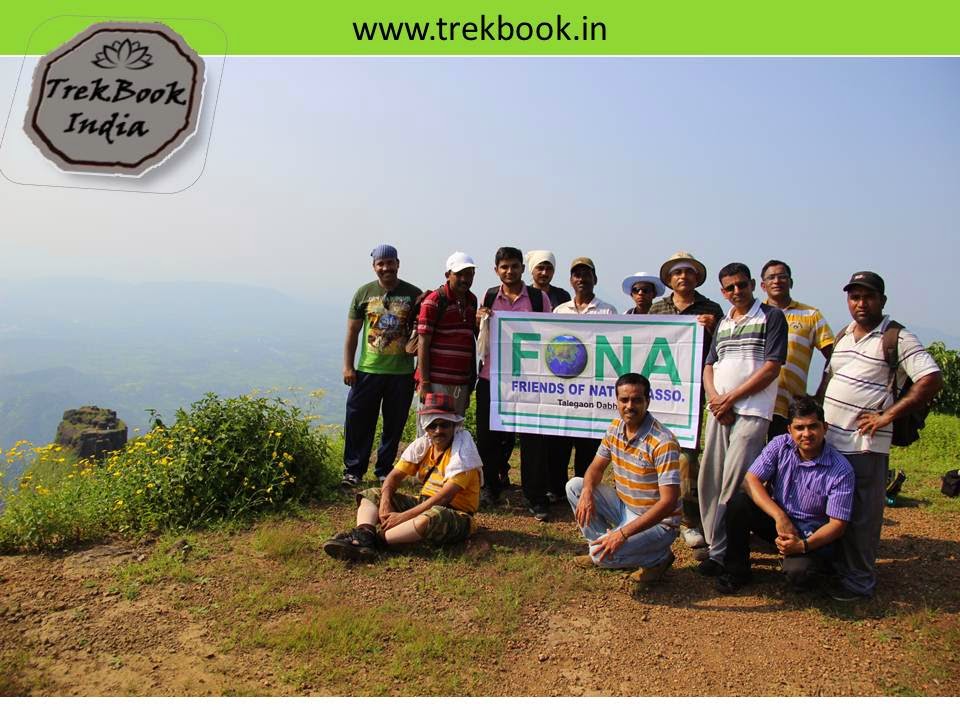 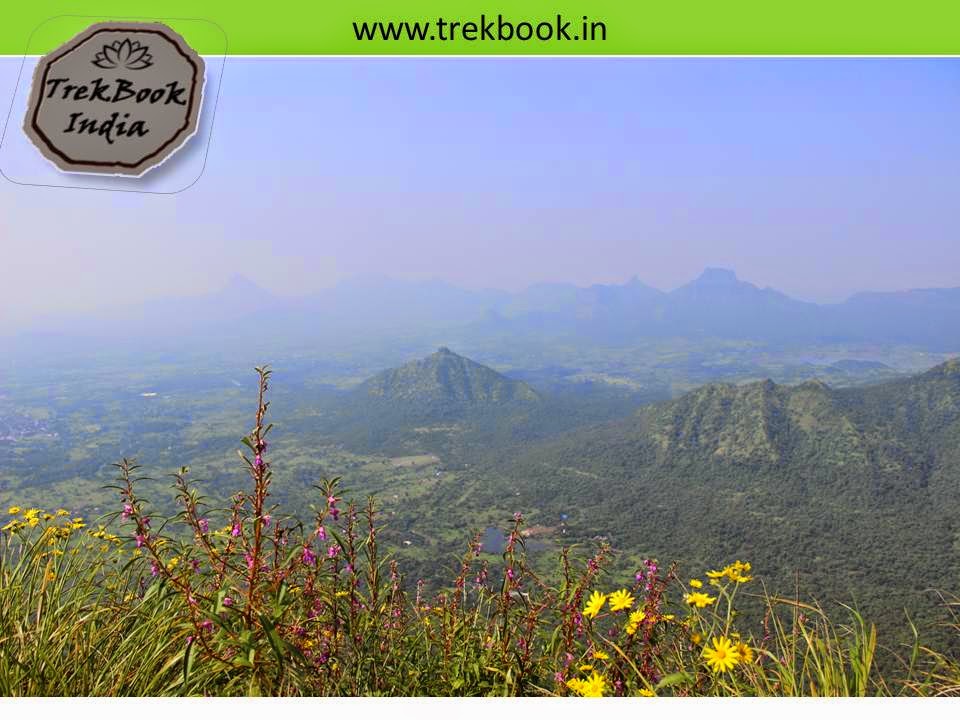 Prabalgad was built in 1458 AD by the Bahmani Sultanate to keep the watch on the Panvel fort and the Kalyan fort in the north side of the Konkan.

Malik Ahmed, the prime minister of Ahmednagar kingdom built this fort during the capture of Konkan region.

After the fall of Bahmani sultanates the fort stayed with the Ahmednagar sultanate. While the Ahmednagar Sultanate was about to end, Shahaji Raje moved to Muranjan with his wife Jijabai and son Shivaji Maharaj for long time.

Shahaji Raje followed defeat from Mughal Empire and the Adilshahi family and surrendered this fort with the north Konkan and Prabalgad to the Mahuli, Mughals . Mughals authorized Prabalgad to Adilshah of Bijapur.

In 1657 during the establishment of Kalyan – Bhivandi area, Shivaji Maharaj captured Prabalgad from the Mughals.

Kesarsingh a Mughal sardar the governor of the fort gave a strong fight to Shivaji Maharaj during this capture. Kesarsingh died in the battle in October 1657.

‘Jauhar’ (a tradition of getting to respectful death by jumping into Chita – burning woods) was performed by the woman seeing the defeat of Kesarsingh.
Shivaji Maharaj proved his kindness and let his mother and grandchild free to go.

It is also said that in the year 1826 Umaji Naik (a freedom fighter) made shelter alongwith his friends here for a long time.

Matheran hill station developed  by the British collector of Thane, Mr. Hugh Poyntz Malet in May 1850.

Prabalgad is near to Matheran and has good plateau with dense forest English people also thought of converting  Prabalgad into a hill station, however due to lack of water availability this plan was dropped.
Although there is a Dodhani Lake (गाडेश्वर तलाव) near the Chanderi fort.

Medium
height is 2300 feet,
Time to reach is around 3 hours to climb from base village Prabal Machi

Monsoon and Winter are the best seasons to visit, During Summer you can go for camping at Prabal Machi and then climb the fort early morning 5 am

Water – Not available on fort top in summer season, we sent September, however we could get small source of water
Food and camping stay – You have to carry food on your own and stay on fort top looks not possible. you can stay at base village Prabal machi, I have added mobile contact number of villager for you in this post.
Namdev 9209461474 / Balu 8097089491 / Nilesh 8056186321 (food and stay)

Pune to Prabalgad By Bus

Pune to Prabalgad By Train

Pune to Prabalgad By Road

Way from Mumbai to Prabalgad Fort

Mumbai to Prabalgad By Bus

Mumbai to Prabalgad By Train

Mumbai to Prabalgad By Road

Places to visit nearby the Prabalgad Fort

My Experience of Prabalgad trek

It was summer season and we reached Thakurwadi by 10.30 am, it was really hot and so by the time we reached Prabalgad machi base village we were already exhausted !
Further reaching to the top of fort Prabalgad took us two hours from there, it became very much exhaustive, almost I was operating on WOT during this climb (wide open throttle ! a.k.a. WOT in automotive endurance testing  of engines). You almost have to climb vertical as well as the atmosphere is humid, I drank lot of water to remain cool … so lessons learnt is to start early morning for this trek which goes near to the sea shore areas.
Exploring the complete fort is not possible unless you have local guide with you, we were so exhausted that we only searched for water, which we got very little at a place nearby. We skipped idea of getting around complete fort but just visited the famous Kalavantin durg view point and returned down after lunch.
Fort top is dense jungle hence I recommend to take local guide along with you if you really wish to see the complete fort.
This was 49th trek of team FONA 🙂
Read about FONA (Friends Of Nature Association) 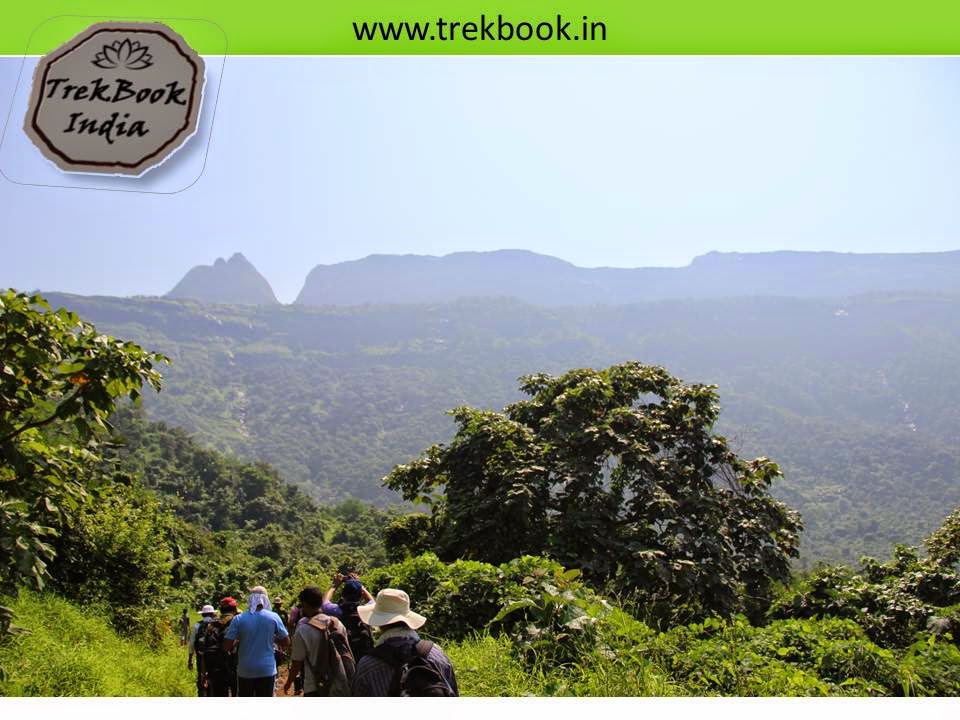 First rest point, here we tried short cut, which was too steep to climb ! shortcut consumed more time than we thought 😛 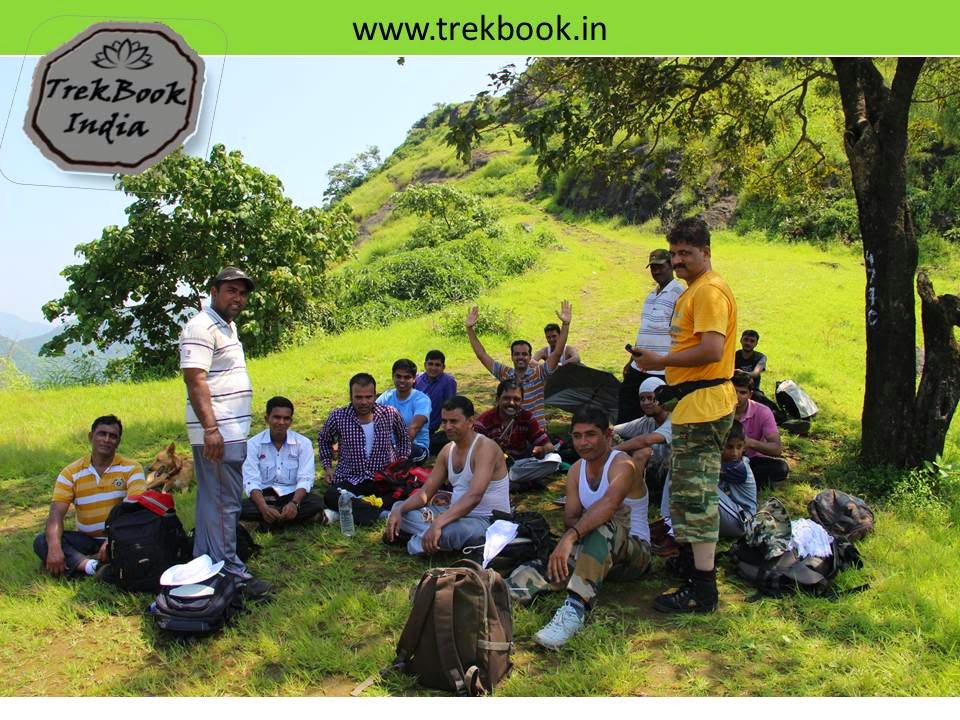 Just about to enter Prabal Machi, Hanuman on the entry point, here local villagers take tax of 10 rs per person ! tax is collected since they can keep the area clean ! what if trekkers take care on their own not to throw bottles and plastic ? unfortunately looks like tax is not utilized for cleaning and I was able to see plastic on the way to the fort ! 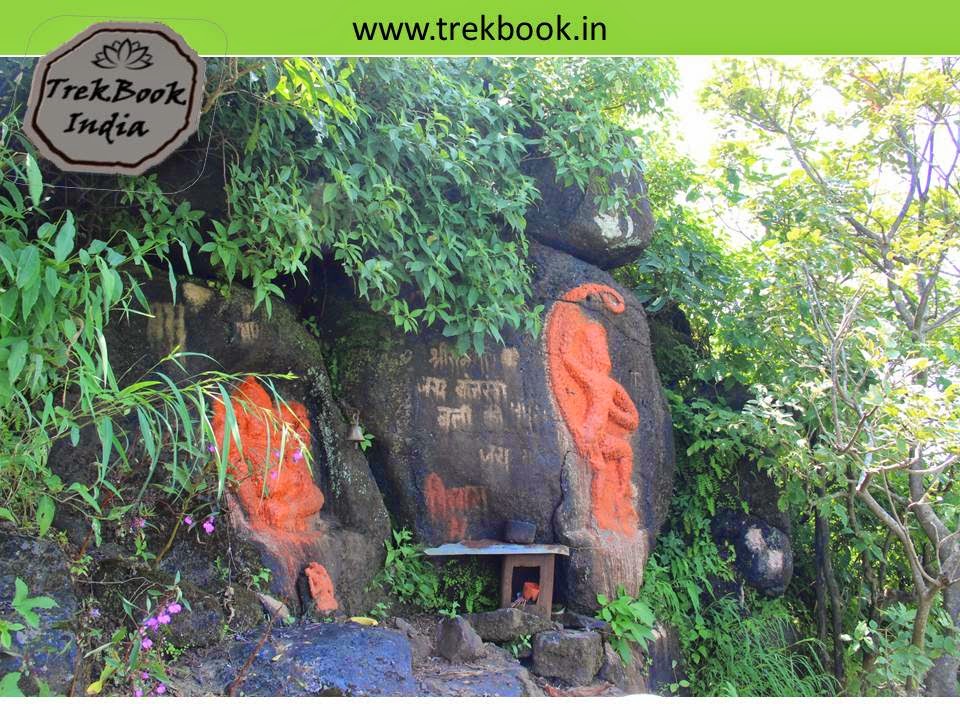 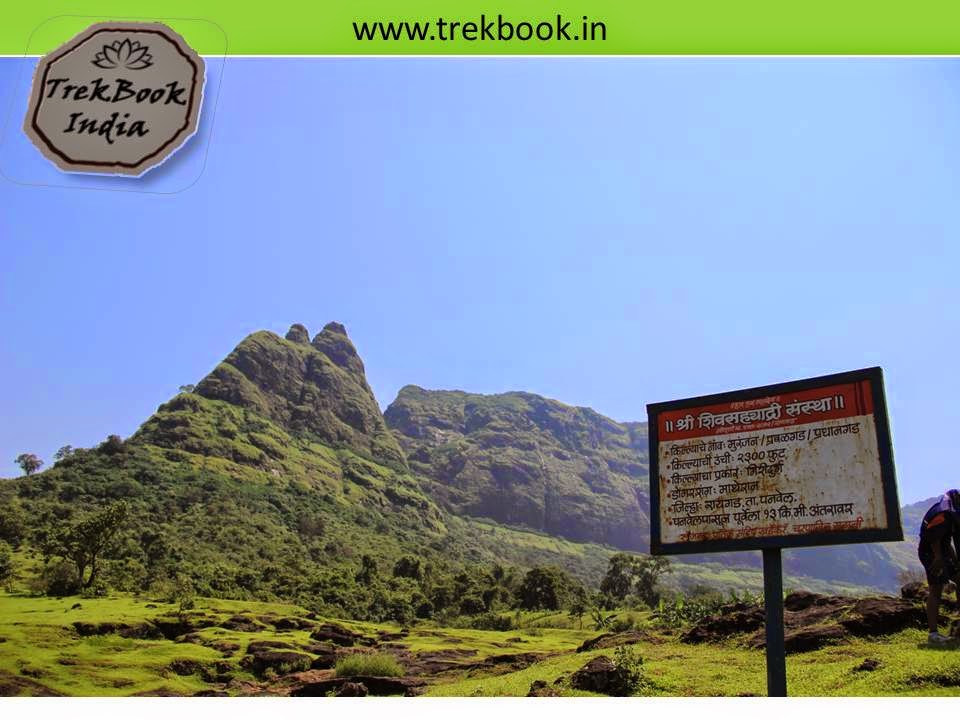 Beauty of Kalavantin durg and its famous STEPS 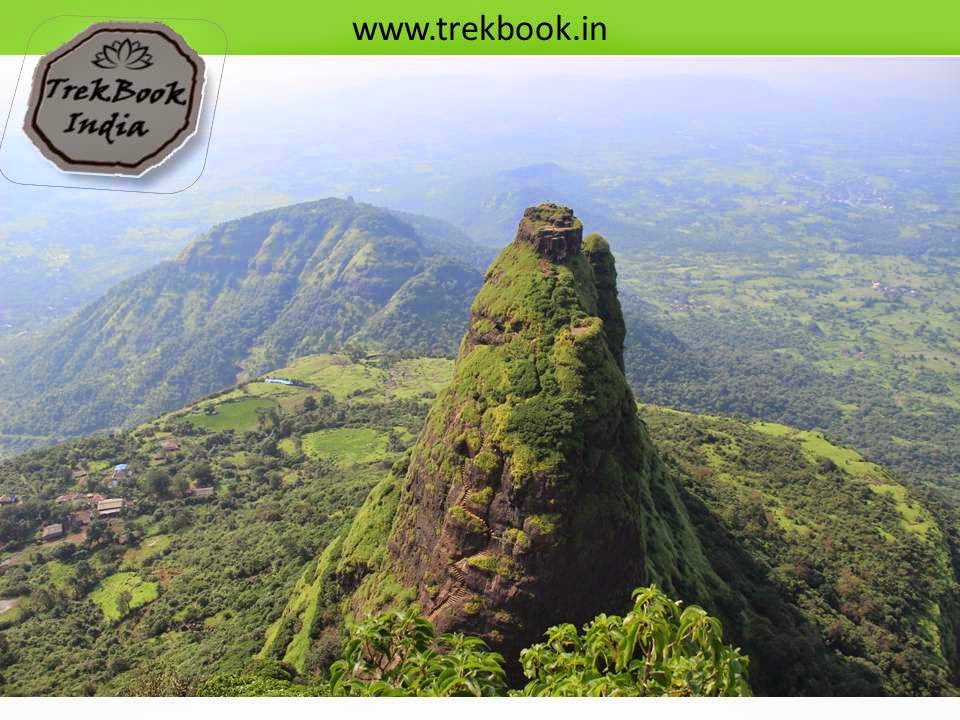 Vijay has reached to the top of Kalavantin flagging Marathi bana 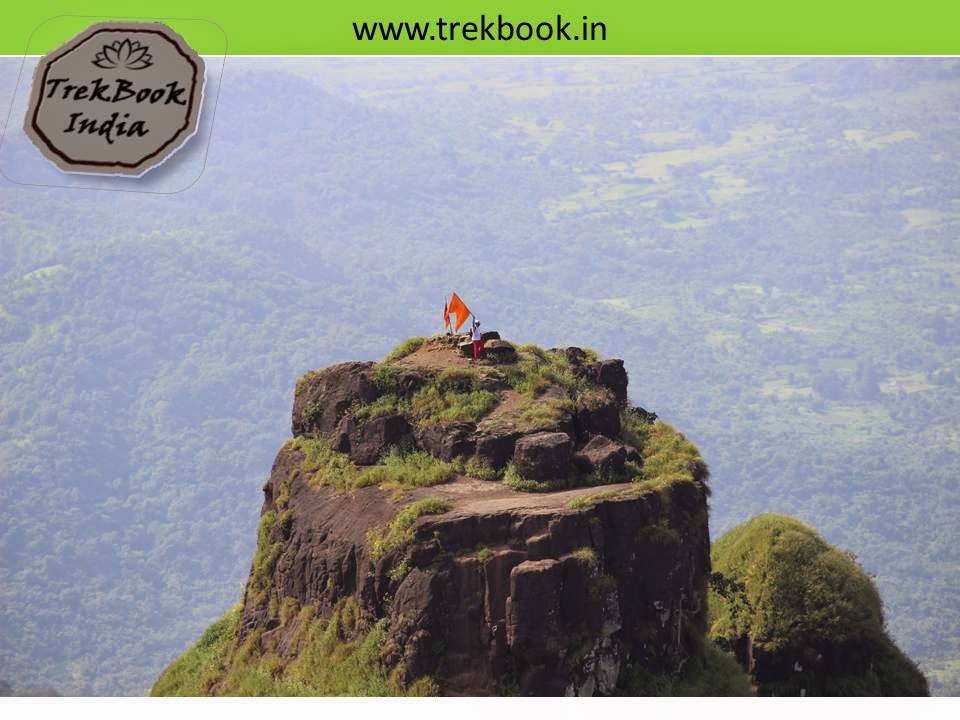 Most most famous STEPS on Kalavantin durg ..
this was reason for my first visit to this fort 15 years back 🙂 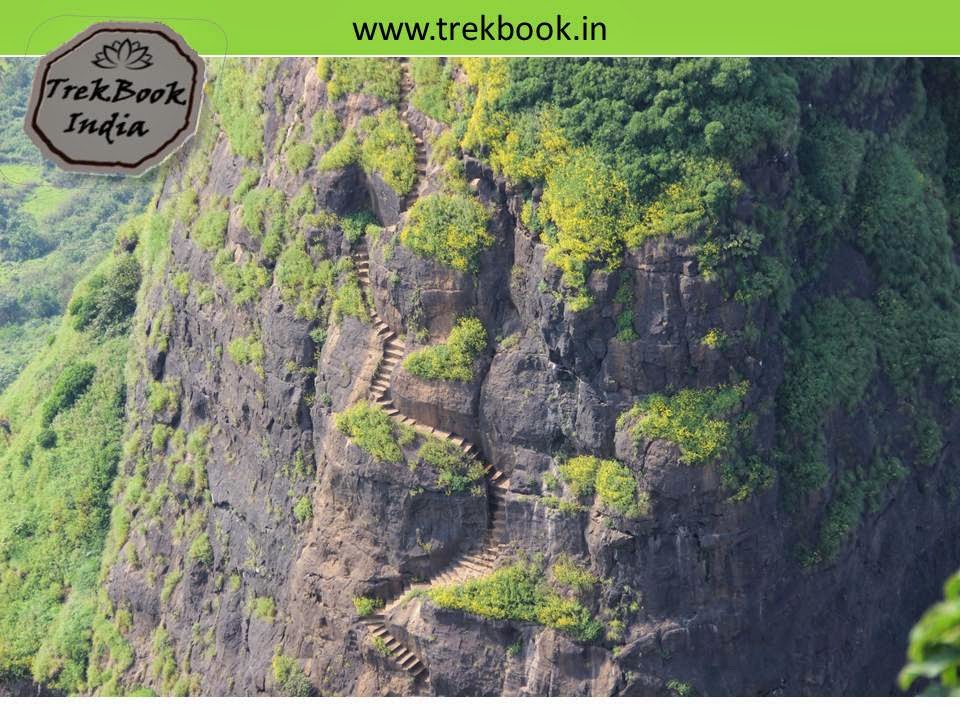 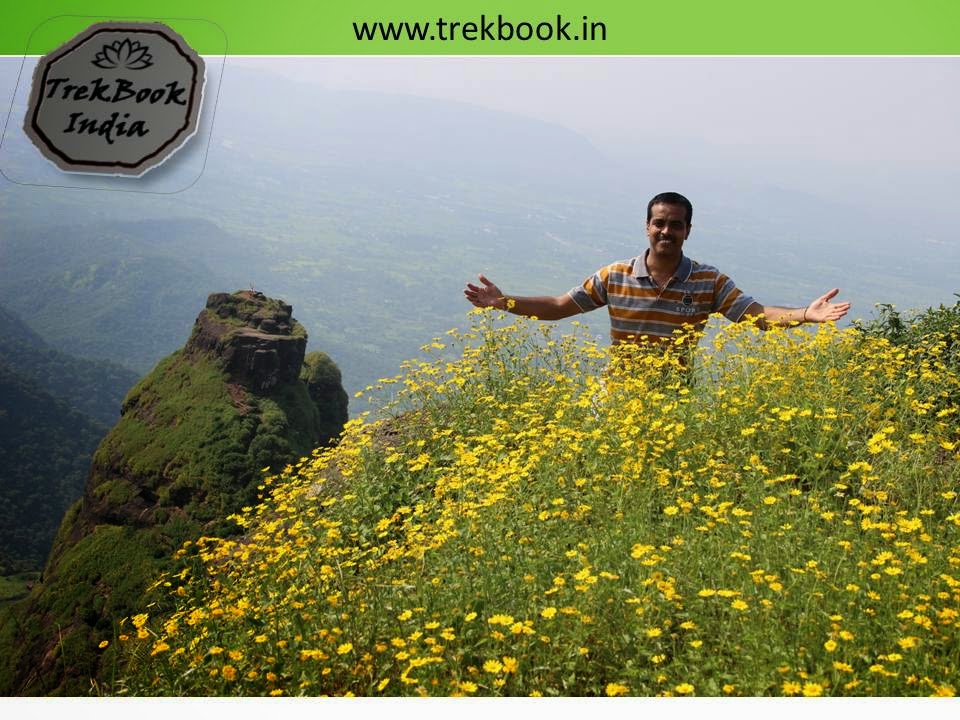 Sunset on the way back .. had nice cup of tea and enjoyed sunset .. 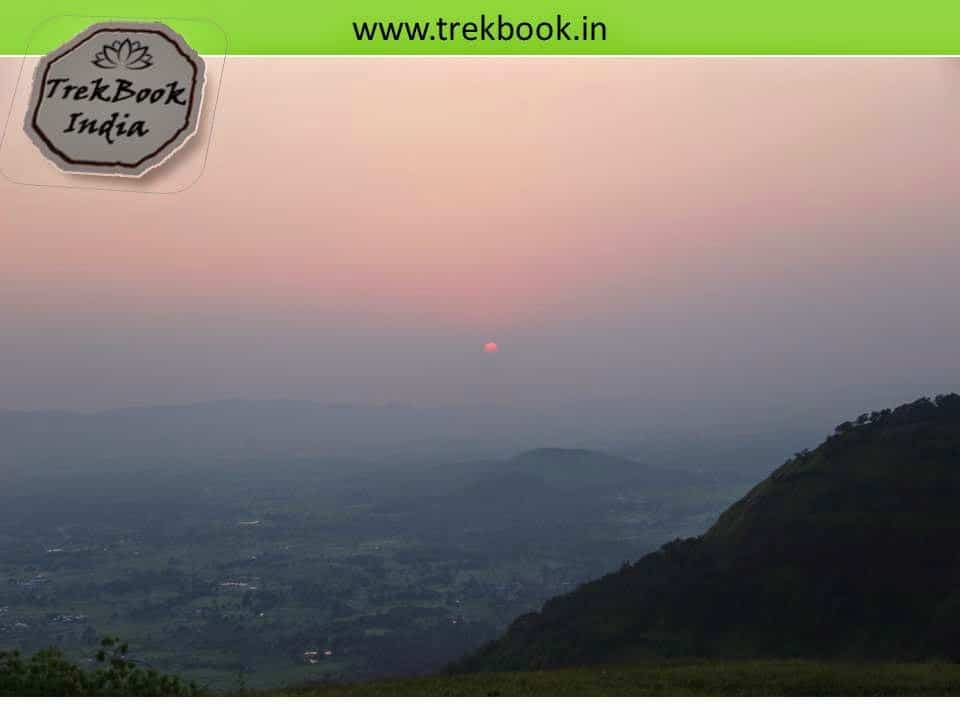 water on fort top .. clean and drinkable .. but looks like this will not last till Summer season 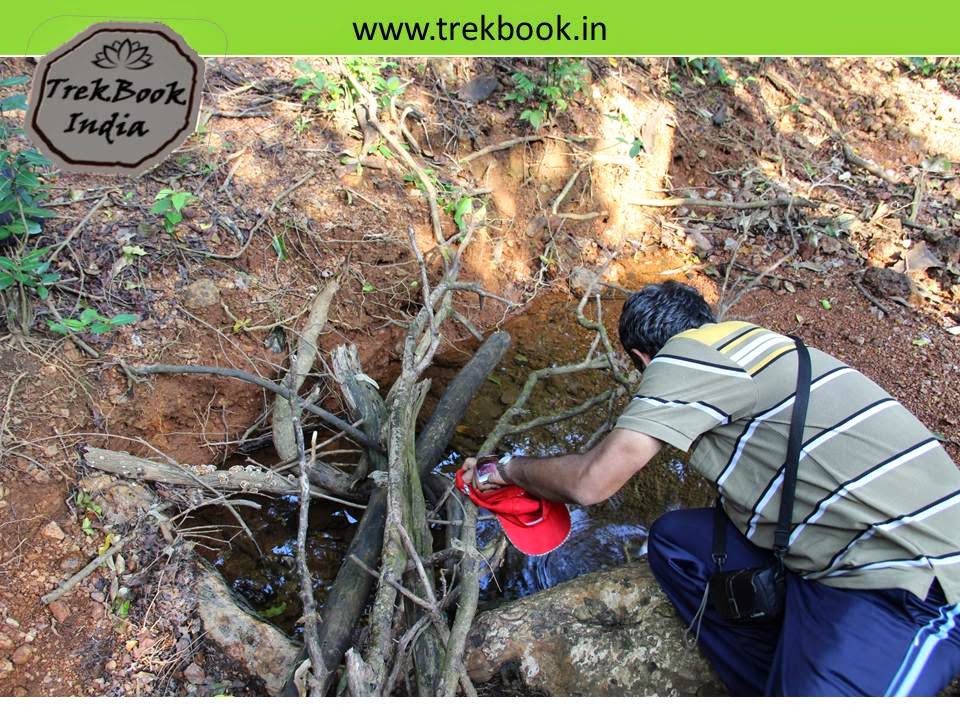 Awesome flower . I could get the same from village person … now planted in my home garden .. if anyone needs seeds I can provide you 🙂 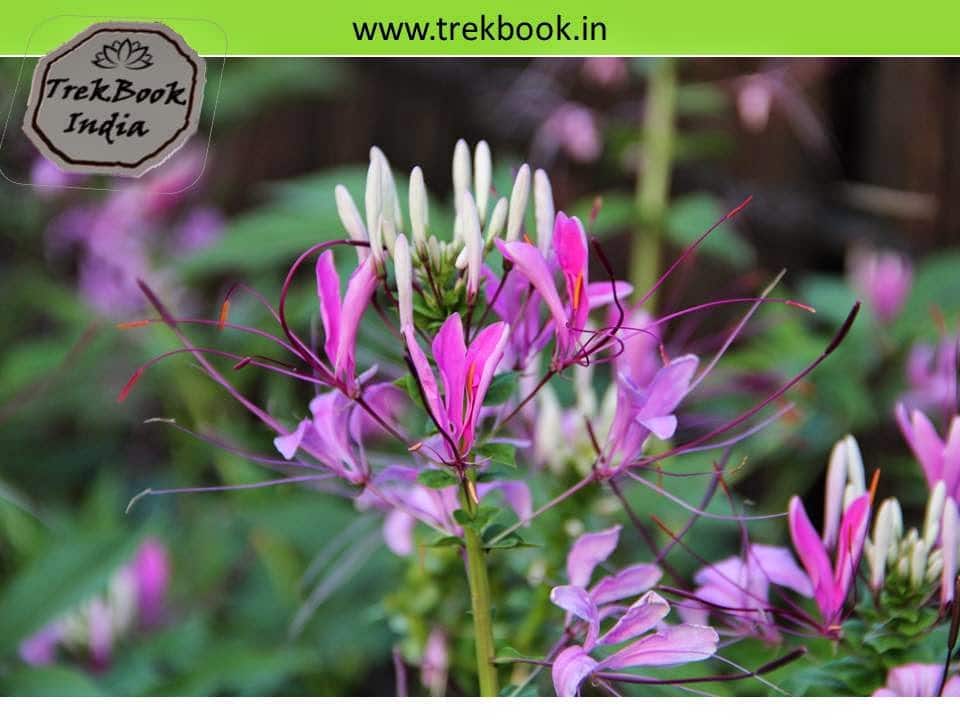 Local Guide and Persons in village

Finally contact numbers for food and stay at base village … suggest to have a stay here to have homely food and jungle night .. 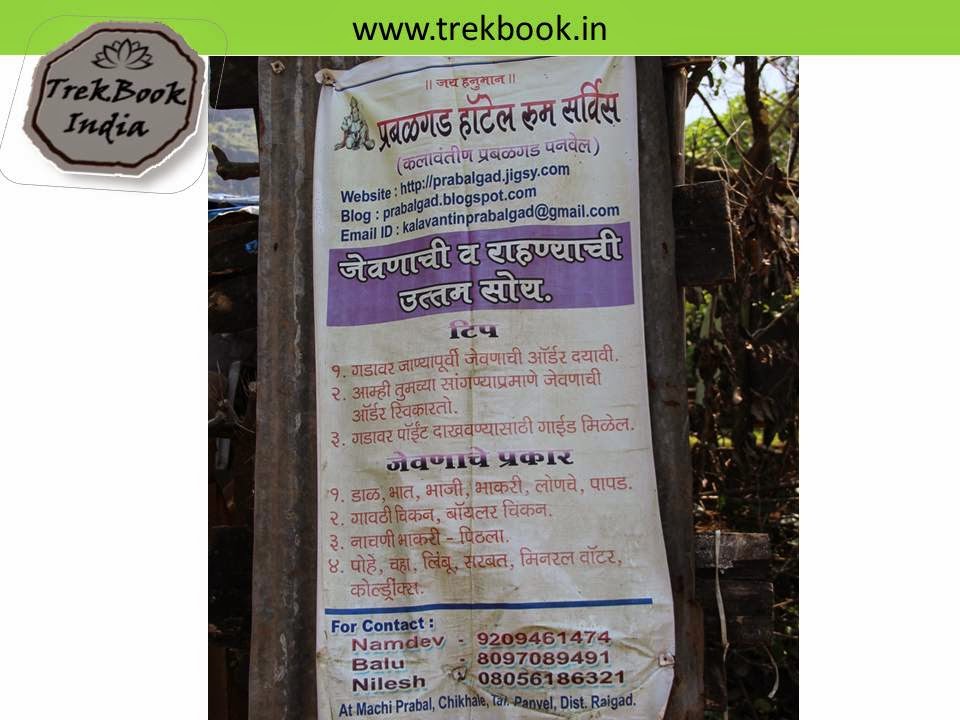 Map to Prabalgad from Pune