You are here: Home / Incredible India / Places near Mumbai & Pune / One Day Trek / Vasota Fort Trek (Vyaghragad – Wandering into dense forest)
Tweet
Share
Pin
0 Shares
When I received information from Mandar for Vasota trek, it was like wow … so many years .. I have gone to almost all places that are heaven to the trekkers but not Vasota … I had heard so many stories about leechs, leopards, sloth bears .. many .. and was really excited to do this trek.
Now that this is declared as a tiger reserve where money-eaters are found (I will be writing separate blogpost about money-eaters of Vasota!)
Breathtaking view of lake shivsagar from top of fort Vasota 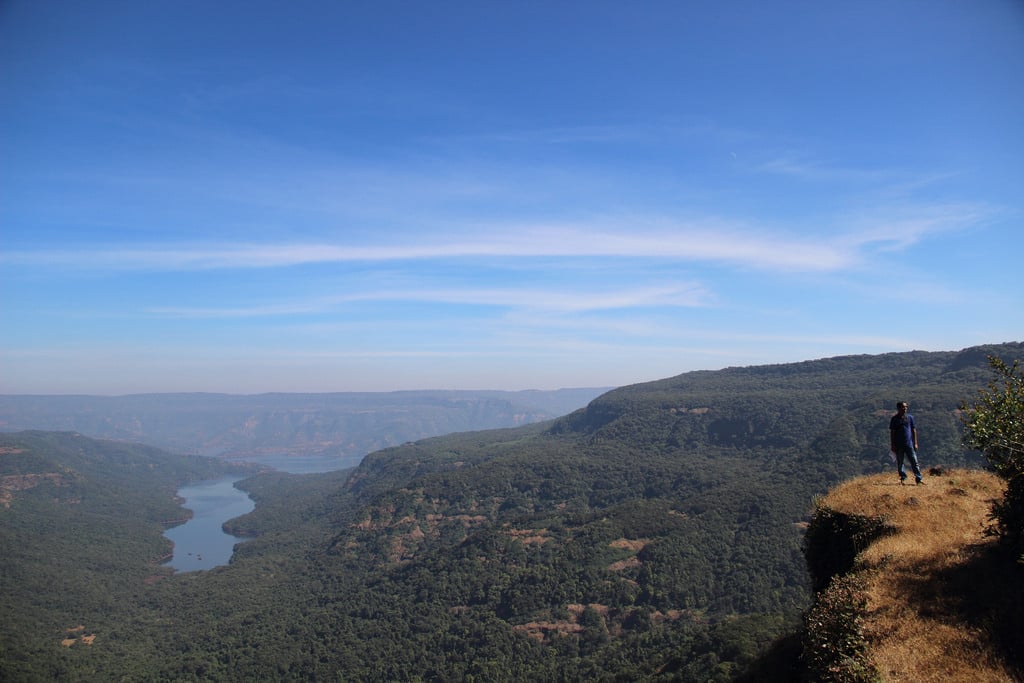 Basic information on Vasota (Vyaghragad) trek
Read details on http://en.wikipedia.org/wiki/Vasota_Fort
Difficulty level
Medium (long walk, gradual climb + one patch o the way to Nageshwar is slightly difficult)
What to see !
– Breath taking Panoramic views of Sahyadri mountain ranges from Nageshwar point
– Koyna backwater (Shivsagar lake) and the dense forest view from fort
– Hanuman temple
– Ganapati, Hanuman Murti
– Chunyacha Ghana
Place to stay/take food & water
Water – after rainy season clean water was available from streams, otherwise no clean stored water on fort. So do carry your own water.
Food and stay – You have to carry on your own, in villeage Bamnoli hotels are available (refer to next post to get details of hotels in Village Bamnoli). Stay is now allowed on fort by forest department.
Location
google coordinates17.663150°N 73.697180°E
How to reach
Pune to Bamnoli via Satara (Take permission from forest office)
Bamnoli to Vasota foot by Boat (ride costs Rs. 3000 per 12 persons)
Precautions
– use proper trekking gears for this trek
– during or after rainy season leeches are found in this area, so do not remove footwear and be careful
– GPS signal I could not get on the way ! mobile signal also not available most of the time.
Panoramic view from Nageshwar point on fort Vasota
One remember lines from Kavi Vasant Bapat when you see this view …
भव्य हिमालय तुमचा आमुचा, केवळ माझा सह्य-कडा!!! (कवी वसंत बापट) 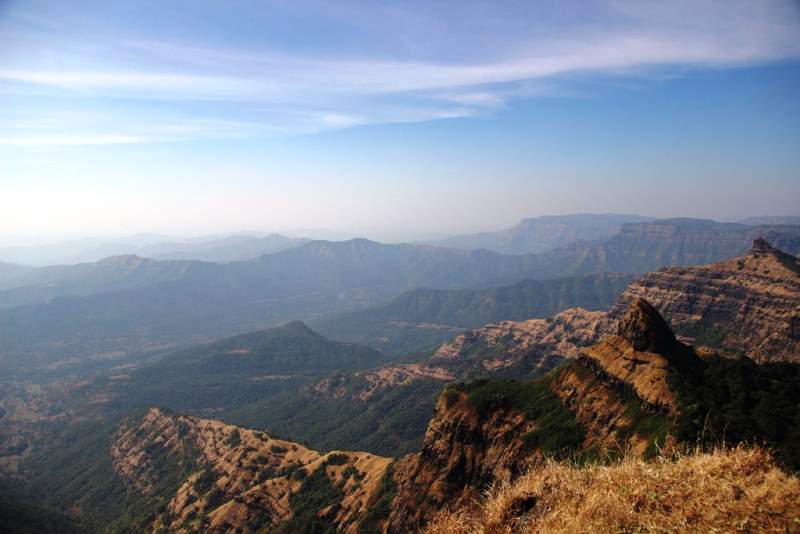 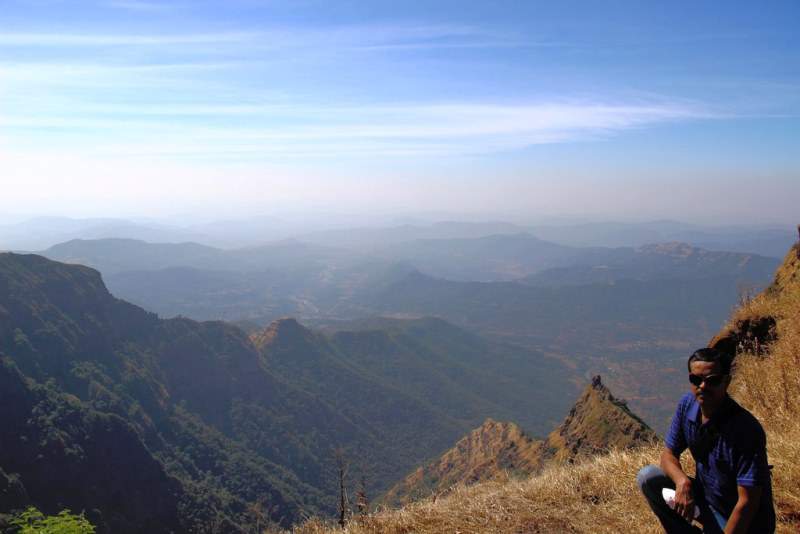 Water body .. on the way to Vasota by boat … It takes around an hour of travel … 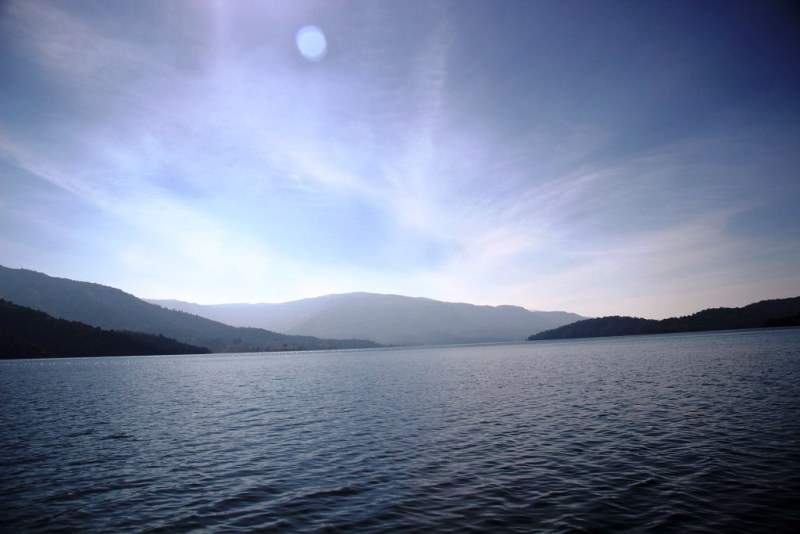 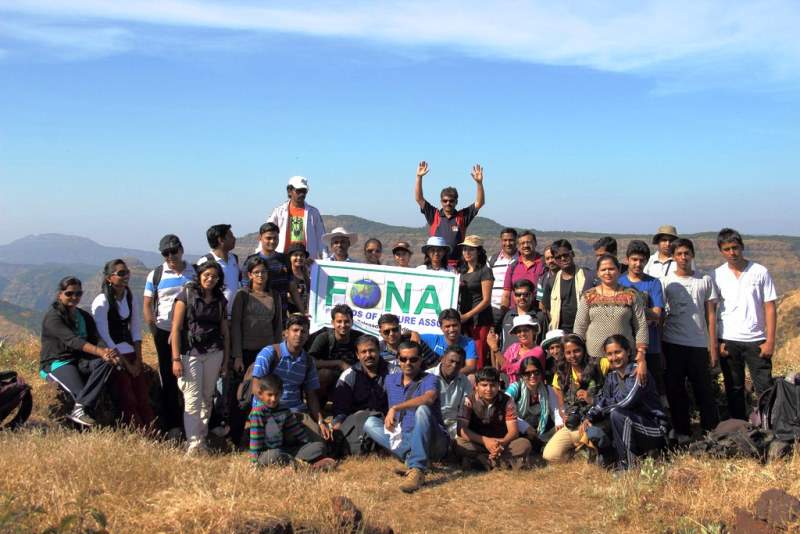 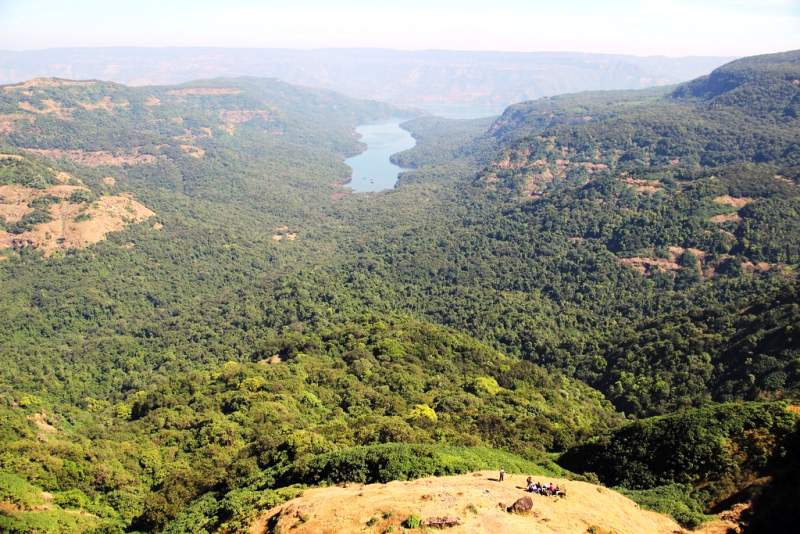 Reached Vasota after travel of around 1.5 hours (by boat) 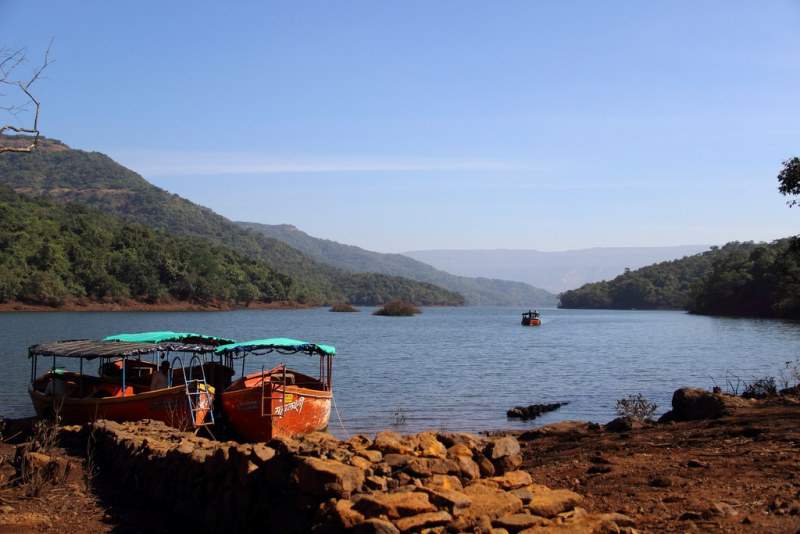 Forest office of Vasota foothill (here we got opportunity to meet money-eaters !!) 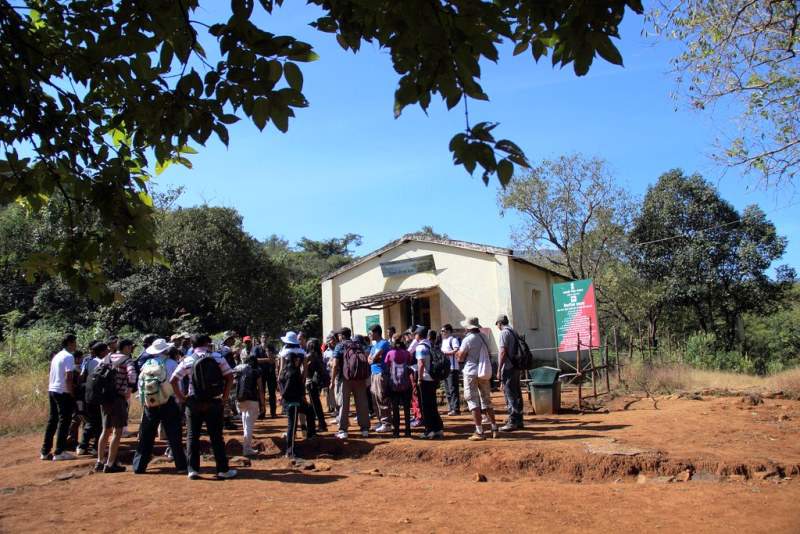 Dense forest .. while climbing one do not need sun cap even at 12 noon 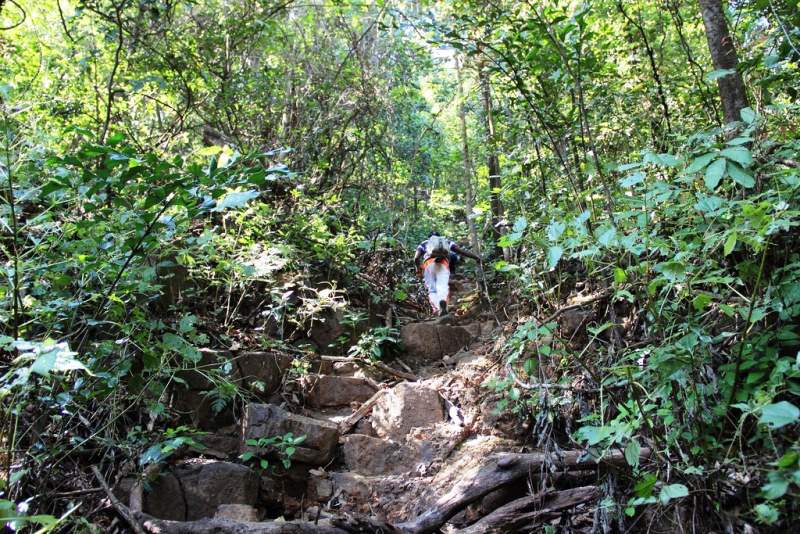 Hanuman and ganesh idols on the way (mid way) 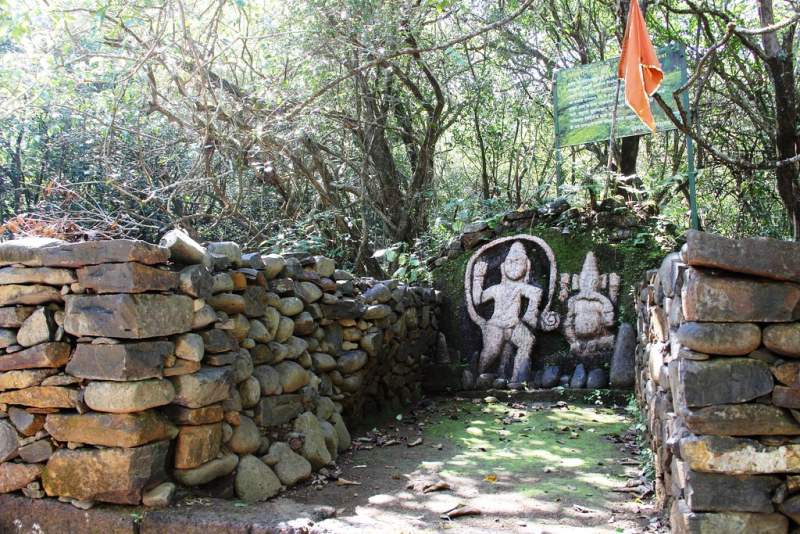 Hanuman temple at the top of fort, only remains are there, guide (to whom we paid 300 Rs !) was not able to tell any information rather than it is hanuman temple !!!! (refer to money-eaters of Vasota, where forest officer got part of 300 Rs !! for nothing ?) 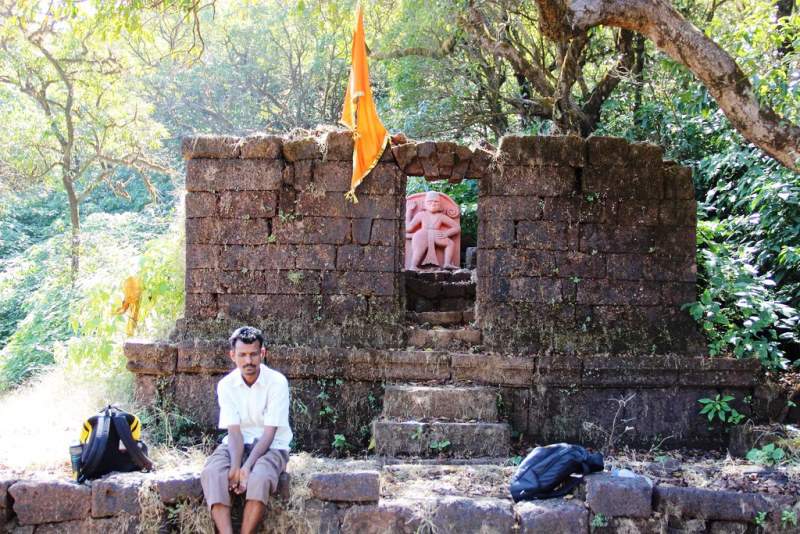 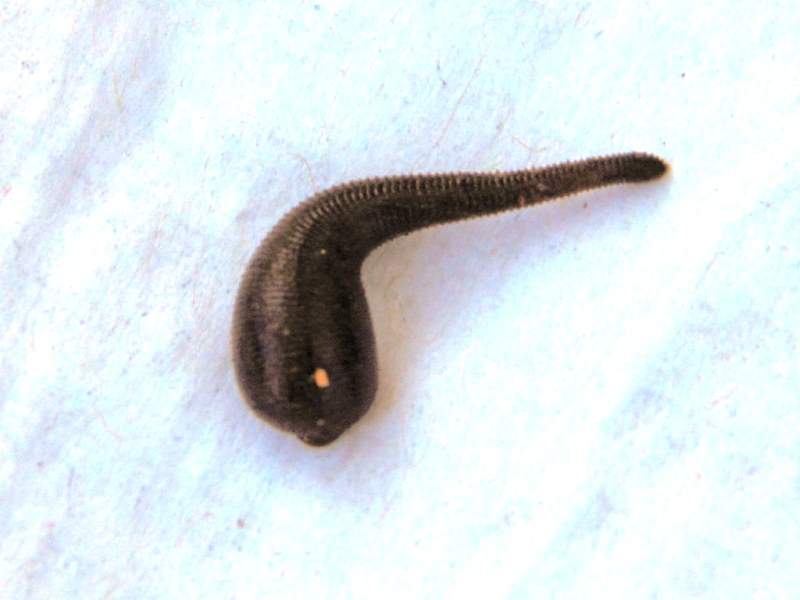 Shiva temple (on the way to Nageshwar view point) 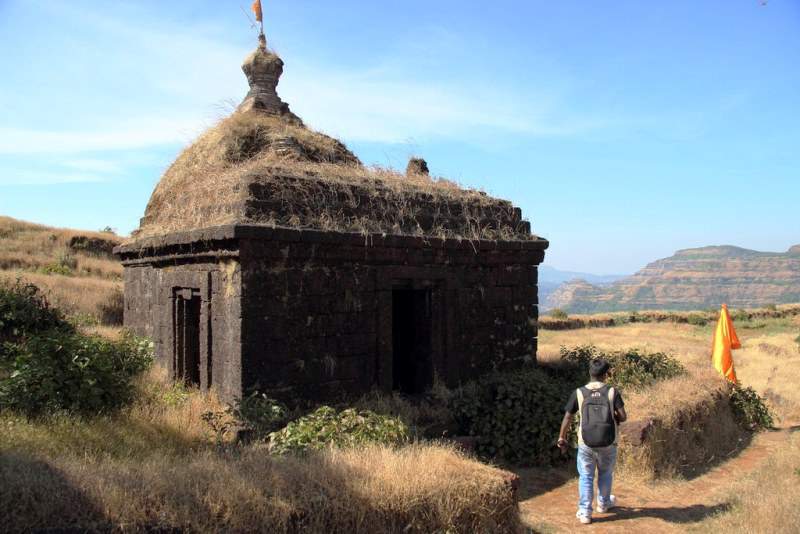 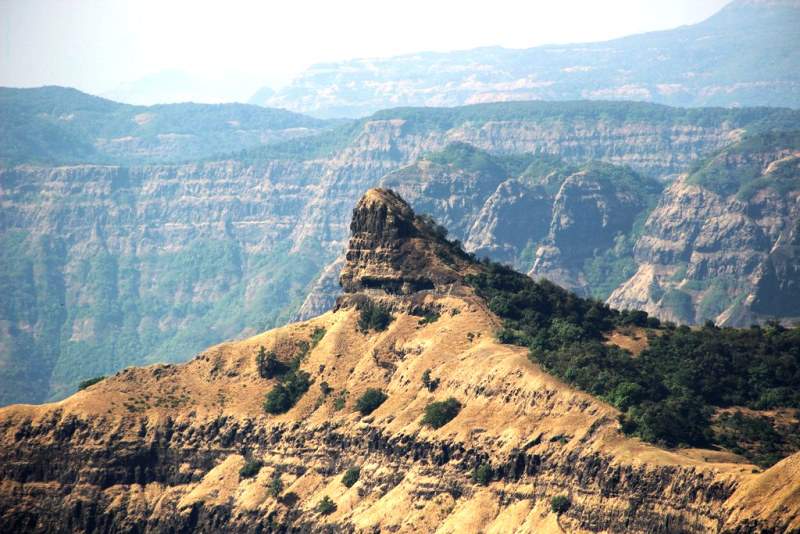 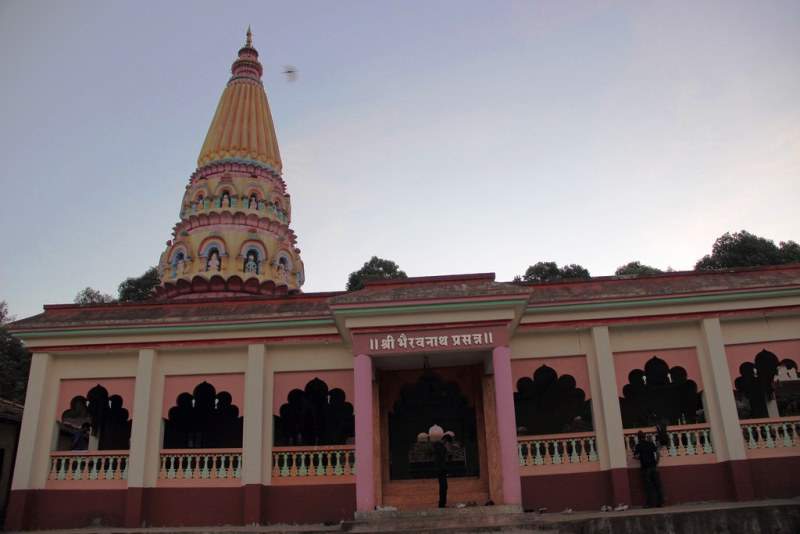 Reds in the evening … photographed when we reached Bamnoli again … 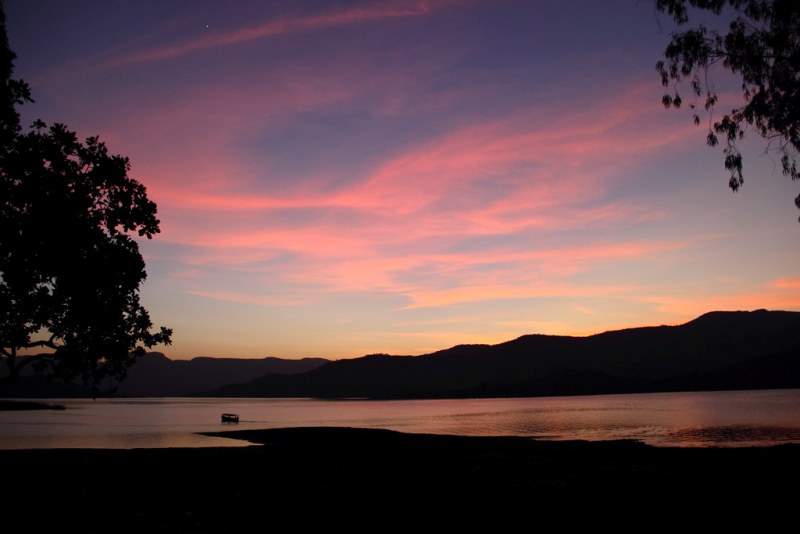 by the way when I was looking at the Sahyadri mountain ranges from Nageshwar point .. I remembered lines from Sir Anatoli Boukreev which are written at the site of Annapurna base-camp in his memory.

“Mountains are not Stadiums where I satisfy my ambition to achieve, they are the cathedrals where I practice my religion…

I go to them as humans go to worship. From their lofty summits I view my past, dream of the future and, with an unusual acuity, am allowed to experience the present moment…

my vision cleared, my strength renewed. In the mountains I celebrate creation. On each journey I am reborn.”