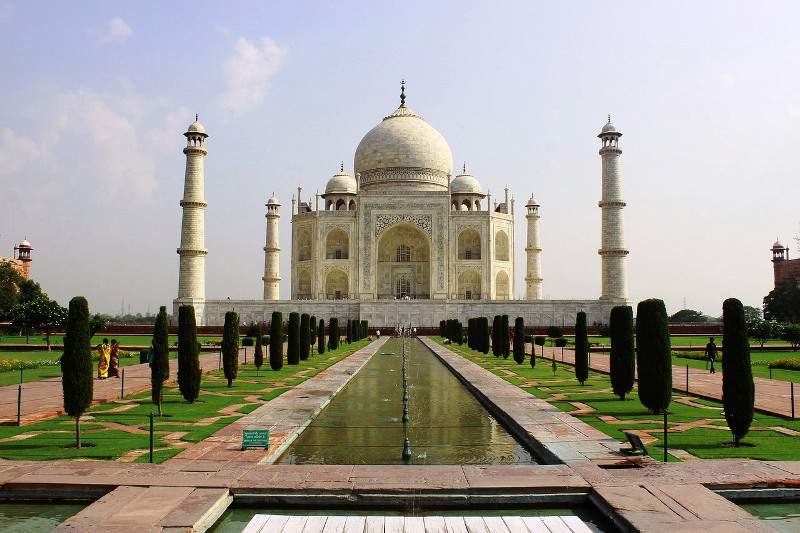 India, the seventh largest country in the world and the second largest in terms of population, is a mesmerizing country to travel to. Here you’ll find mountains, beaches, deserts, rivers, cities and historical sights all mixed together. It’s a culture unlike any other in the world, and even everyday bustle can offer fascinating glimpses into the local culture. Due to its size, however, it can be a bit overwhelming to plan a visit. Here’s some helpful information to get you started:

To travel to India, you will likely need a visa, and unfortunately, getting a visa for India is a complicated process. Oftentimes you can’t apply for visas at the Indian Embassy in your home country but will instead have to apply through a third-party company. If you plan to stay for only a short visit, you may (depending on your nationality) be able to apply online for a 30-day tourist visa. Otherwise, you’ll want to look into other options.

Note that visas for India start counting from the day of issue, rather than the date of entry into India. So your six-month visa could theoretically expire during your two-week stay in the country if you applied too far in advance. 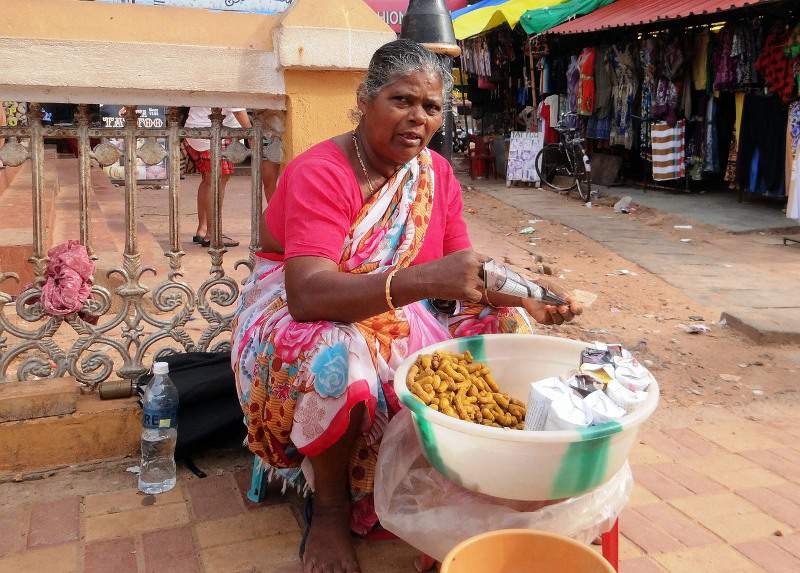 Don’t be alarmed if your first glimpse of India is far from the majestic images of palaces, elephants and colorful clothing that you might expect. Cities in India are often dirty, cramped and noisy, and as a tourist, you will likely be hassled by beggars. But don’t let that put you off before you’ve even started exploring! As with any country, India has some challenges to overcome. But, as you get out and discover the country, you’ll understand the place a little better and will definitely come to see the country’s charms.

You may want to avoid travelling to India during monsoon season, from June to September. Know also that the two months preceding monsoon season are considered the summer months and can get quite hot and dry. This can make it difficult to pack for India. You’ll likely find that your clothes from back home are too heavy and don’t breathe well. Many travellers to India will instead opt to buy some local clothes. They’re pretty cheap, and they make a cool souvenir of your trip. Check out Explore India’s guide to Indian clothing for my packing tips.

If you’ve got some flexibility in terms of when you travel, you might consider seeing India during Holi. It falls in February or March and culminates in a water-fight and bursts of colored powder. Also try visiting in October or November for Diwali, which is a time for gift giving, glitter and fireworks.

What to See for a first timers guide India

In a country this large, we could go on for days and days about what there is to see. One of the most well-known sights is, of course, the Taj Mahal, which many tourists find to be even more impressive than expected! Those interested in architecture should also see the terracotta temples at Vishnupur and the Sikh Golden Temple in Amritsar. And for those interested in history, Varanasi, one of the oldest continually-inhabited cities in the world, is a must-see.

For outdoor activities, there are also plenty of options. If you’re looking to do some trekking, head to Leh—but note that the base elevation is 11,500ft (3505m), so you’ll want to become acclimatized to the elevation before you do any serious activity! Or head to Jaisalmer and take a camel tour out into the Thar Desert. And if beaches are your thing, head to Goa or Kochi.

Need more information? Check out the AudioCompass app, which can help you find different sights in your area and give you detailed information about them. But get a VPN app on your phone to make sure your personal information stays safe while you’re travelling! I always find the best VPN to encrypt my data before accessing public Wi-FI as a travel safety precaution.

India is a large country, roughly equivalent to one-third of the US in land mass. If you plan to travel around the country you’ll want to be patient, as transportation often doesn’t run on time and can be uncomfortable.

One of the best ways to get around is by flying one of the many domestic carriers. However, if you do, you may not be able to pay online with a non-Indian credit card. You will also want to bring a printed ticket with you to the airport or you may not be allowed inside.

Although flying is usually the quickest and most comfortable way to travel the country, those looking to get immersed in the culture and see a lot of the countryside will be better off taking the train. India has an extensive network of railways, including luxury trains, and these can be a fun way to explore. Or of course, you can rent a car, but if you do, know that you will probably want to get a car with a driver as Indian roads can be chaotic and, in some places, in ill repair. 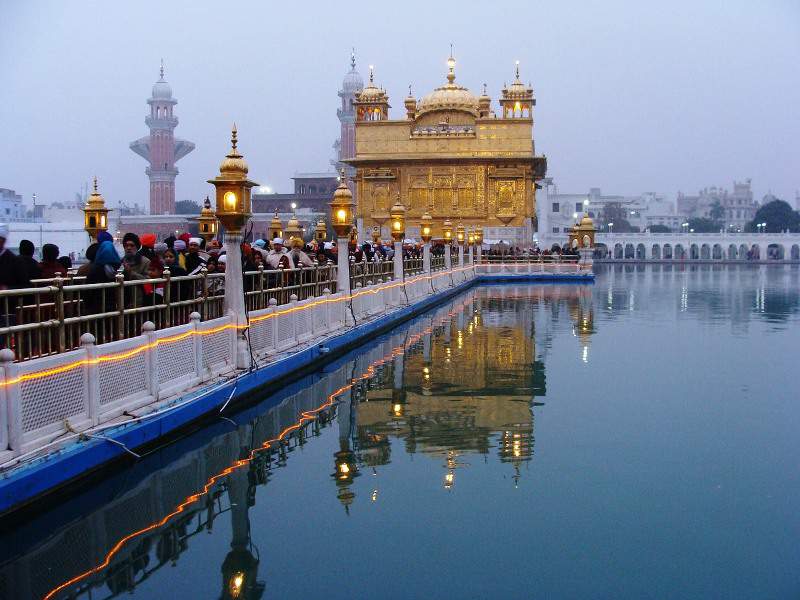 India’s vibrant culture, delicious food, unique people, and long history make it a country truly like no other. While traveling throughout India can present its challenges, as long as you come as prepared as you can, and keep an open mind, a trip to India can be life changing.

“Nothing here has worked out quite as I expected.”

“Most things don’t. But sometimes what happens instead is the good stuff.” 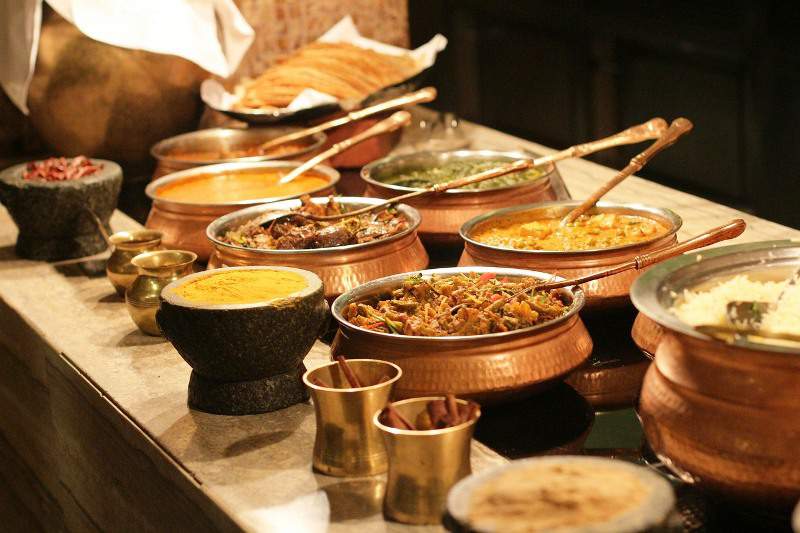 Indian food varies across the country, but a good rule of thumb is that in the northern parts of the country, you’ll find lots of bread products like naan, chapatti and puri, while in the eastern and southern parts of the country, you’re more likely to have a rice-based meal. But there are tons of different dishes for you to try, and you should try as many as you can! If you’re a vegetarian, know that you’ll have no problem in India, where there are plenty of people who abstain from eating meat for various religious or cultural reasons.

Because of the size of the country, it can be a bit overwhelming trying to plan a trip to India, but it’s definitely worth any hassle! This is a beautiful country with a little something for everyone, and you’re guaranteed to have a fantastic time. Make sure to bring your camera and plenty of memory cards, and get ready to explore!