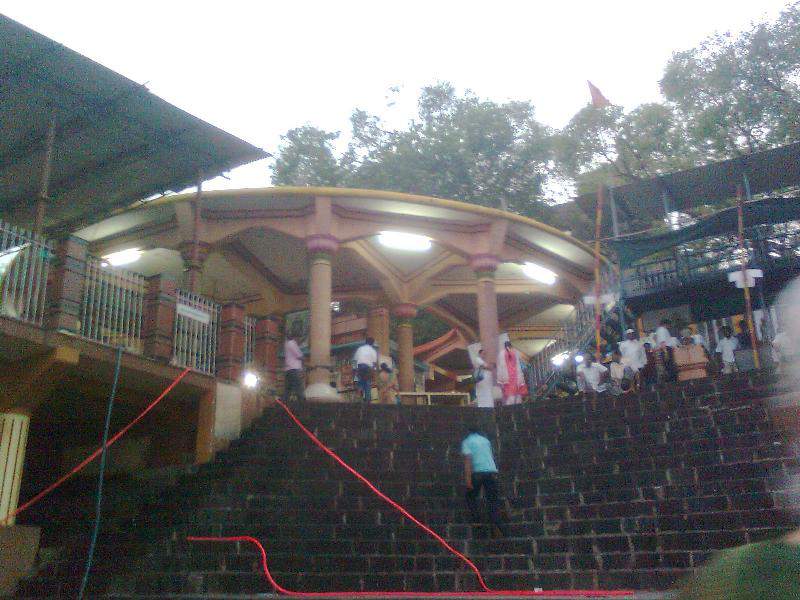 This is the most famous location of Lord Dattasthan situated on the bank of river Krishna & Panchaganga.

Shri Narasimha Saraswati with his Divine powers of healing physical ailments and alleviating worries of his devotees called as ‘Siddha Purusha’. He is known to help his devotees with his divine powers.

It is believed that the divine Padukas left by Swamiji under the auspicious Audumber Tree still respond to the prayers of devotees as per the assurance given to the Yogini-Ganas by Guru Nath. The Padukas symbolizes presence of lord Dataatrya there.

Lets get on to the details of temple rituals.

How to reach Narsobawadi by Road, Flight, Bus or Train :

Location of Narsobawadi : (GPS co-ordinates 16°41’37″N   74°36’2″)
Narsobawadi a.k.a. Narsinhwadi or Narsobachi Wadi is situated @25 Kilometers from Sangli in kolhapur District, @55 kilometers towards East from Kolhapur & @20 kilometers from Miraj

How to drive by road to Narsobawadi

From Sangli city you can drive down to this place within ~40 minutes, road is narrow but good. There is way to Kolhapur also which shows distance of ~45 Kilometers.

By Road : Private Jeeps/Trax/Sumo are also available from Sangli

You can reach “Narsobachi Wadi” Jayasingpur railway station which is situated on the Miraj-Kolhapur railway or ply on direct state transport (ST) buses from Miraj, Sangli or Kolhapur.

Things to buy at Narsobachi Wadi :

“Narsobachi Wadi” is also famous for Brinjal, Cucumber, Corn that are really very very tasty due to the fact that they are grown on the bank of river Krishna. Also do not forget to buy Pedhe / Pedha, Kavath(Limonia) Barfi and Basundi which are considered to be best of Maharashtra for its taste and quality.

Where to Stay: Accommodation

Many Hotels and Lodges are available with AC and Non-AC rooms at Narsobachi wadi.

Bhakt-Nivas from devasthan is also available for stay, you need to visit the office inside the temple.

Entrance to the “Narsoba” temple 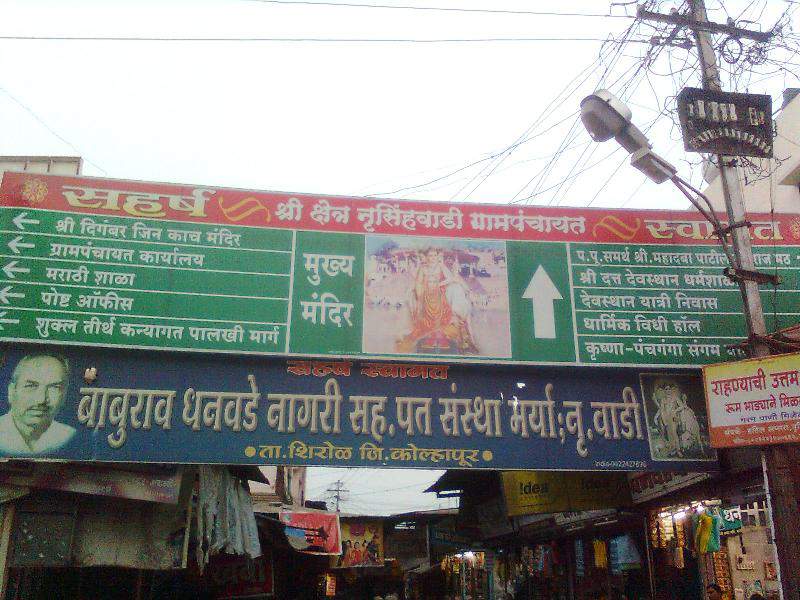 Close up look of the Narsinhwadi kolhapur temple 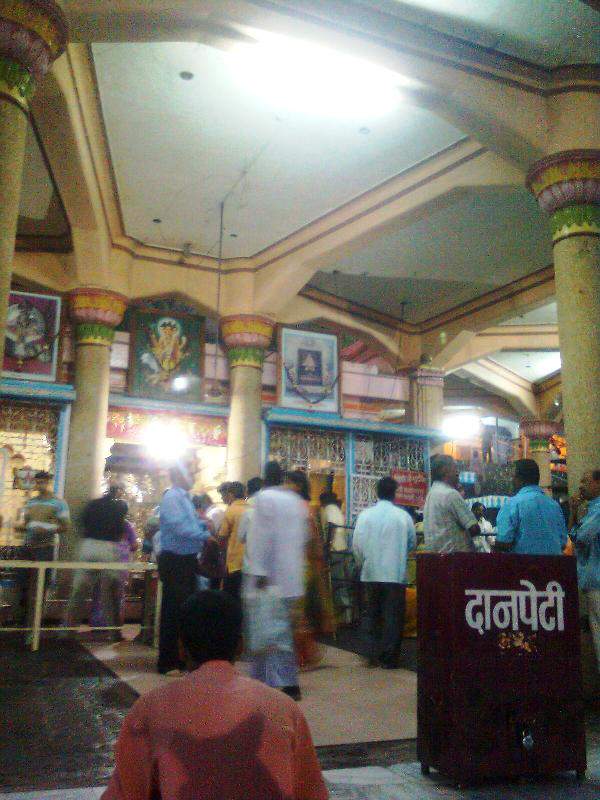 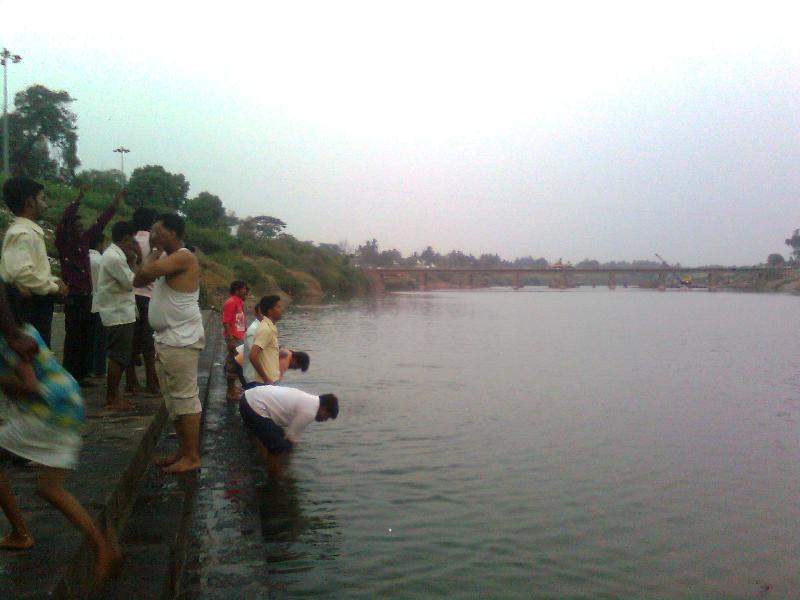 An extract from Guru Charitra Chapter 18:

Sri Narasimha Saraswati visited the Pancha Ganga Sagar, the temple of Amareshwar on the other bank of river , hence the place is called as Amarapur.

Nearby is the Sakti Teertha, where resides Sixty-four Yogini Shaktis, serving and worshiping Amareshwar, but not seen by others (secretly hidden).

Nearby situated are Papa Vinasini and other holy Teerthas. Sri Krishna Saraswati stayed at Amarapur for 12 years. This place today known as Narsobawadi (Narsobachi Wadi), after Sri Narasimha Saraswati.

An extract from Guru Charitra Chapter 19:

“I am leaving my Padukas here, offering worship to the Padukas, they will be granted and fulfilled.” – Sri Narasimha Saraswati.

View Larger Map
Kolhapur to Narsinhwadi road map
View Larger Map
I have made life simple for you, take printout of the following pages and carry with you. Download QR Droid application or try on any QR code reader on your smart phone, just scan the image with your mobile camera and you will be directed to the Geo-location navigation directly. get directions to the place 🙂 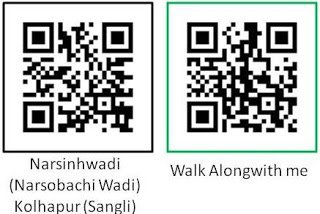