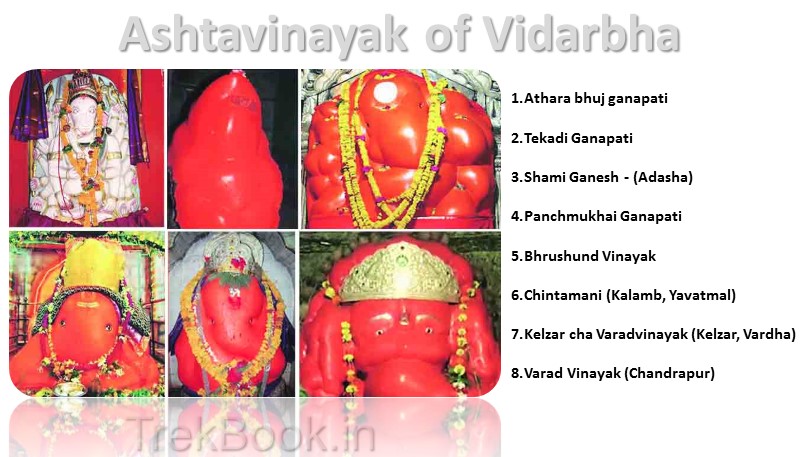 You can get on to all these Ganesh temples in a day if you have your own car/bus.

and as done in case of 11 Maruti temples, my request to blog readers to share as much information and latest photographs, phone numbers as possible to benefit other travelers in Vidarbha.